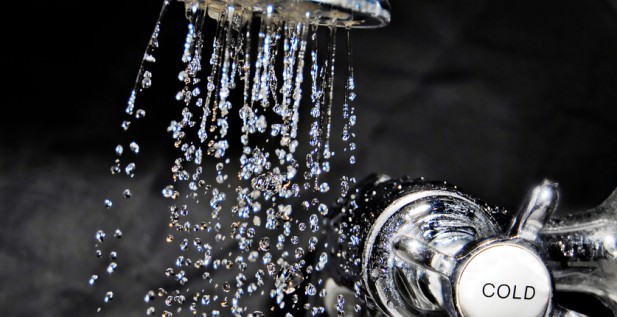 In order to make money with music, you need to treat your music like a business, not a hobby. There is a huge difference between the two. One is simple and safe, and that’s ok. The other is the most exciting and competitive sport in the world. As artists we have the opportunity to join that sport while doing something we love.

To start making your music a business, you should begin by creating positive habits and eliminating bad ones.

One way to begin preparing your mind for such a task is by taking a cold shower.

Begin your shower normally, but for 10 seconds at the end of your shower, turn off all hot and crank up the cold. Do this every time you take a shower. The first week is painful, but after 7 days, you will notice it becomes less and less of an issue. This is not meant to be fun. It is meant to train your mind, and to create a habit. Take notice of how your mind fights with itself. No one likes a cold shower, especially ending a nice shower on such an uncomfortable note. But also notice how the fight becomes less and less each and every time you do it. Eventually, there will be no fight, only compliance.

Once you have mastered the cold shower, pick something else. Try exercising 30 minutes a day. Or waking up without hitting snooze. Always be looking for ways to break out of your comfort zone, and do something a little different and slightly challenging. Comfort leads to complacency, and in order to succeed in life, we need to be willing and confident in taking risks and breaking out of our shell.

To apply this into your music, you will need to analyze the current state of your business. Look at where you are, and where you want to be. Be realistic. Rather than saying “I want to be a Billionaire,” start with “I want to make 2x more revenue this year than the last.”

A goal like that is simple and tangible, and much easier to identify the necessary steps to achieve the goal.

2x the revenue = 2x more songs to be written per year

None of these things guarantee the result, but they are rational steps to a reasonable goal.

Pick one task and dissect it. By breaking it up into smaller pieces it is easier to digest and implement.

2x more songs to be written: Just like your cold shower, you need to train your body and your mind to be able to pull this off. You will know better than anyone as to what kept you from writing more songs the previous year.

-Not enough time? Wake up an hour earlier.

-Writer’s block? Write a song in a different genre. Start writing a song with a different instrument than you normally would. Begin with the music before the lyrics, or vice versa.

-Have trouble writing lyrics? Take a creative writing class. Get a book on poetry. Study lyrics of popular songs and analyze the syllable structure, and figure out why some words are more impactful than others.

Each one of these things is simple, tangible, and will get you results. You will not reach your goal immediately, but the human mind is like a train in that once it gets enough momentum, it is very difficult to stop.

Lastly, allow enough time to let these new habits take root. It is said that it takes 21 days to create a habit. I have found this to be true with small things, and bad habits. But when it comes to something both positive and monumental, such as quitting smoking, 18 months is a lot more realistic. That is why picking something small is so important. You can see results faster, which is extremely motivating and it will snowball into something much bigger. Just stay patient, and disciplined.

Note: Yes…I eat my own cooking. I end every shower ice cold.